Optimization of the Workforce through Smart Tech

Previous Next
Optimization of the Workforce through Smart Tech

We’ve been talking a lot about how smart technology and the internet of things (IoT) are transforming the way industries make their products; how cities look after the safety of its citizens and the efficiency of its processes; and how consumers organize their homes and their lives. But what about the impact of smart tech on work itself?

Technological advances have been impacting the workforce since Guttenberg disrupted the publishing industry of the 1400s with his printing press. With each new technological deployment, new efficiencies are discovered and an industry is disrupted. Such was the story with publishing and Guttenberg, textiles in the 1800s, and bank tellers in the 1990s. The advent of Industry 4.0 is the latest disruption in a long cycle of new technology transforming the way we get things done.

The Rise of the Machine

Publishing, textiles and banking are all still bustling industries employing millions of people around the globe to generate their success. Printing presses, weaving machines, and ATMs didn’t make these workforces obsolete, but it optimized them. 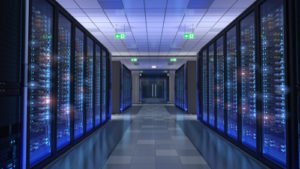 When ATMs quintupled from 1990 to 2010, the convenience of the ATMs actually drove demand for consumer banking. Banking services were used more frequently and previously unbanked people opened accounts to take advantage of the new technology. Though each branch staffed fewer tellers, banks added more branches growing the number of tellers overall (pdf).

It’s fair to argue, however, that what’s happening in manufacturing today is different than what happened in these other industries.  After all, it’s not just a single machine being deployed. This technology is smart. It can learn and react to its circumstances and it can communicate at a higher level than a printing press or a weaving machine.

The technology being deployed today is closer to IBM’s Deep Blue Supercomputer that infamously defeated grandmaster chess champion Garry Kasparov in 1997. That event stoked early panic over machines one day replacing the work of humans.

However, what fewer people know is that in 2005, another chess tournament was held. Only this time the tournament was “freestyle” and entrants could use whatever support they wanted, including any combination of humans and computers.

The winners? Two amateurs armed with three laptops designed help with decision-making. In their final round, they beat out a grandmaster chess player using an advanced chess supercomputer.

“Their skill at manipulating and ‘coaching’ their computers to look very deeply into positions effectively counteracted the superior chess understanding of their grandmaster opponents and the greater computational power of other participants,” Kasparov explains. “Weak human + machine + better process was superior to a strong computer alone and, more remarkably, superior to a strong human + machine + inferior process.”

Humans PLUS Machines Create the Most Efficient Processes

So, it turns out both machines and humans are at their best when they work with each other vs. independently. 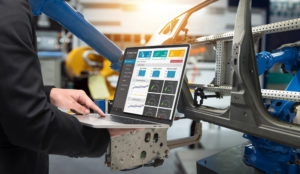 Willem Sundblad, an Industrial Internet of Things (IIoT) expert, argues that we shouldn’t be asking whether technology is going to make our workforce obsolete “Rather, the discussion should be about the concept of human-machine symbiosis, the mutually beneficial relationship between humans and technology, and how machines and software can intelligently and physically increase the productivity of the systems to be more than that of human or machine alone.”

As industries embrace the benefits and transformational power of the IIoT, they’ll find the most success when they adopt technologies and systems that are intuitive and easy to use and avoid too many tools that can only be used by experts or those with extensive training. Of course, the workforce still needs to be prepared for some growing pains. Sundblad encourages manufacturers to, “refocus on how to best transition displaced workers into the high-salaried, higher-skilled roles that are created along with the adoption of technology.”

The latest projections by the World Economic Forum estimate that more than 75 million jobs may be lost in the next four years as companies shift to automation. However, 133 million new jobs are predicted to emerge during the same time period to oversee the human-machine symbiosis Sundbald predicted. 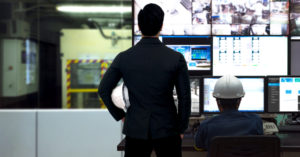 expand the use of artificial intelligence and automation in their operations. Presently, machines account for 29 percent of the total hours worked in major industries, compared with 71 percent performed by people. By 2022, however, the report predicts that 42 percent of task hours will be performed by machines and 58 percent by people.

“To prevent an undesirable lose-lose scenario — technological change accompanied by talent shortages, mass unemployment and growing inequality — it is critical that businesses take an active role in supporting their existing workforces through reskilling and upskilling, that individuals take a proactive approach to their own lifelong learning and that governments create an enabling environment, rapidly and creatively, to assist in these efforts,” the report said.

Previous predictions of how automation would shape the future workforce have been less optimistic. In fact, the same report in 2016 had grimmer predictions than the one issued this year. Its authors say the outlook for job creation has become more positive because businesses have a better sense of the opportunities made possible by technology.

The unknown potential of IoT and IIoT continues to be its own area for growth. Beyond improving operational efficiency, the Industrial Internet will serve as a tool for finding growth in unexpected opportunities. Simply put, the IIoT will provide answers to questions you never knew to ask.