Last month, UCEC team members Mark Inboden, Garrod Massey and Zach Fothergill traveled to Germany to attend one of the world’s largest technology shows. The Hannover Messe dates back to 1947 where it debuted as Germany’s first export fair. In the 70 years since that first show, the Hannover Messe hosted 6,500 exhibitors and 210,000 daily visitors as the global hub of the Industry 4.0 movement. The Hannover Fairground’s sprawling 5.3 million square feet provides a lot of room for innovation, connection and evolution. 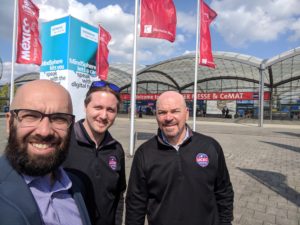 Zach, Garrod and Mark (L to R) at the Hannover Fairgrounds

We sat down with Mark, Garrod and Zach to recap their experience of the conference and their global unveiling of UCEC Smart.

One of the major themes of the conference was Industry 4.0. “Almost everything there touched on this concept,” said Garrod. When discussing major changes in the industrial realm, three revolutions are typically acknowledged. The First was harnessing water and steam power to mechanize production. The Second used electric power and the assembly line to create an environment for mass production. The third was ushered in with the digital revolution and brought computers and automation into the industrial realm as well. Change is happening rapidly in the digital world and the industrial sector is no exception. Though we’re still in the midst of the digital revolution, we’re also on the cusp of Industry 4.0.

Industry 4.0 empowers systems to communicate with each other and with humans in real-time throughout an entire organization. It includes cyber-physical systems, the Internet of Things, cloud computing and cognitive computing. Essentially, it’s a more connected, intuitive and automated approach to industry.

“We saw so many companies there, mostly European and Asian companies, who are introducing new technology, cloud based platforms, and getting things talking that weren’t talking before,” said Garrod. 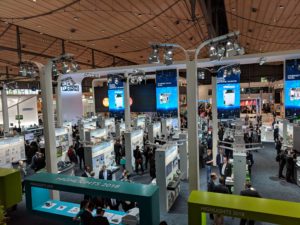 “Forward thinking manufacturers are looking at open source hardware vs. hardware with proprietary software,” said Mark. “The hardware doesn’t mandate the software which is a shift. In the past hardware was more mandated.”

“For example,” said Zach, “Currently, a lot of PLCs are programmed in ladder logic.” Ladder logic is a programming language that creates and represents a program by a graphical diagram based on the circuit diagrams of relay logic hardware. “But younger engineers are learning newer things; they’re using Python and Eclipse (both are open source languages used for general-purpose programming). Elementary students are learning Raspberry Pi. Early adopters understand the changing tide and are adapting to bring younger people into tech.” (Raspberry Pi is a series of small single-board computers that promote the learning of basic computer science).

Industry 4.0 is a theme that resonates well with the launch of UCEC’s newest division, UCEC Smart. “We weren’t there to specifically launch the new division,” said Zach, “but the timing worked out as UCEC Smart is definitely more geared towards the tech world and everything they were talking about at Hannover Messe.”

“UCEC Smart is bringing technology, engineering and people together so that cities, factories, businesses and individuals can understand the larger story that is being told,” said Mark. “All of the data is out there, for monitoring traffic, production efficiencies, facility safety, integration across multiple systems- all of this data is there and can be utilized better. Let us tell you how to bring it together for better decisions, better outcomes.”

“Practically, UCEC Smart is going to mean big energy savings. Lots of data that wasn’t being efficiently captured before is going to come together to allow you to make better production and efficiency decisions,” said Zach.

Garrod shared his excitement for the launch adding, “It’s going to improve people’s day-to-day living. UCEC Smart is going to save time through improved efficiencies. And time is a crucial and finite thing.”

The team views the Internet of Things as the most disruptive vehicle out there, but don’t think everyone fully realizes that everything can be connected.

The conference confirmed one thing for the UCEC team: they’re heading in the right direction. “There was tech over there we won’t see in the U.S. trade shows for years,” said Garrod. “A lot of companies and vendors in the U.S. are in a “wait and see” mode, and aren’t really thinking in that direction, but the Hannover Messe showed us it is the way the rest of the world is moving.”

Subscribe to our blog for more updates on UCEC Smart and contact us about your Smart project today. 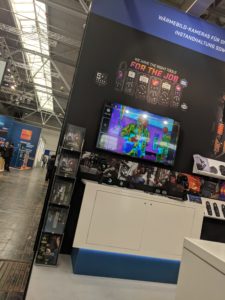 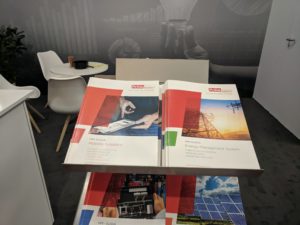 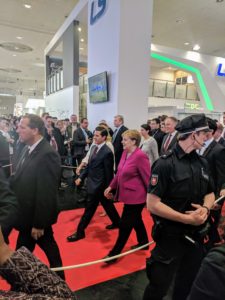 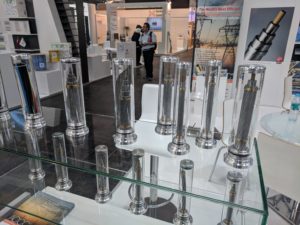 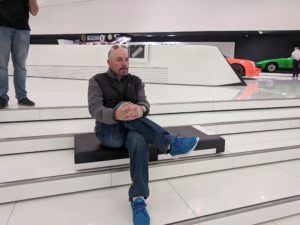 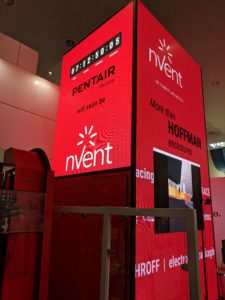 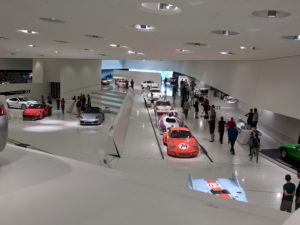 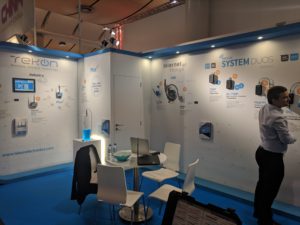 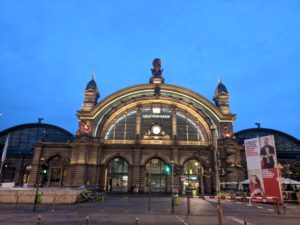